The History of Stuffed Ham

The history of stuffed ham dates to early 17th-century Maryland, where it is believed slaves working on the plantations created the recipe. After butchering the hogs, the plantation owner would keep the finer cuts of pork- ham, bacon, and sausages - for himself and then give the lesser parts to the slaves. To make the best of what they had, the slaves added fresh vegetables from the garden to their meat rations and boiled everything together in a cloth bag, Once the plantation owner tasted the delicious blend of pork and greens made from the lesser cuts and realized that the recipe worked well with the more desirable ham portion, the stuffed ham found its place on the plantation owner's dining table.

The process of preparing these hams is labor-intensive, After curing a fresh ham. the cured ham is deboned by hand, and the fat is trimmed away to let the flavor of the stuffing soak into the meat. Once the ham has been deboned, slits are cut inside the ham, the ham is laid out flat, and the stuffing mixture is then packed into the ham. The hams are stuffed with, on average, 10 pounds of stuffing, with any excess stuffing placed around the ham. the hams are wrapped in cheesecloth and tied with butcher's cord to hold the ham and stuffing together during cooking. The hams are then boiled after which they are cooled and sliced. The result is an extremely moist, succulent ham full of stuffing with almost every bite. 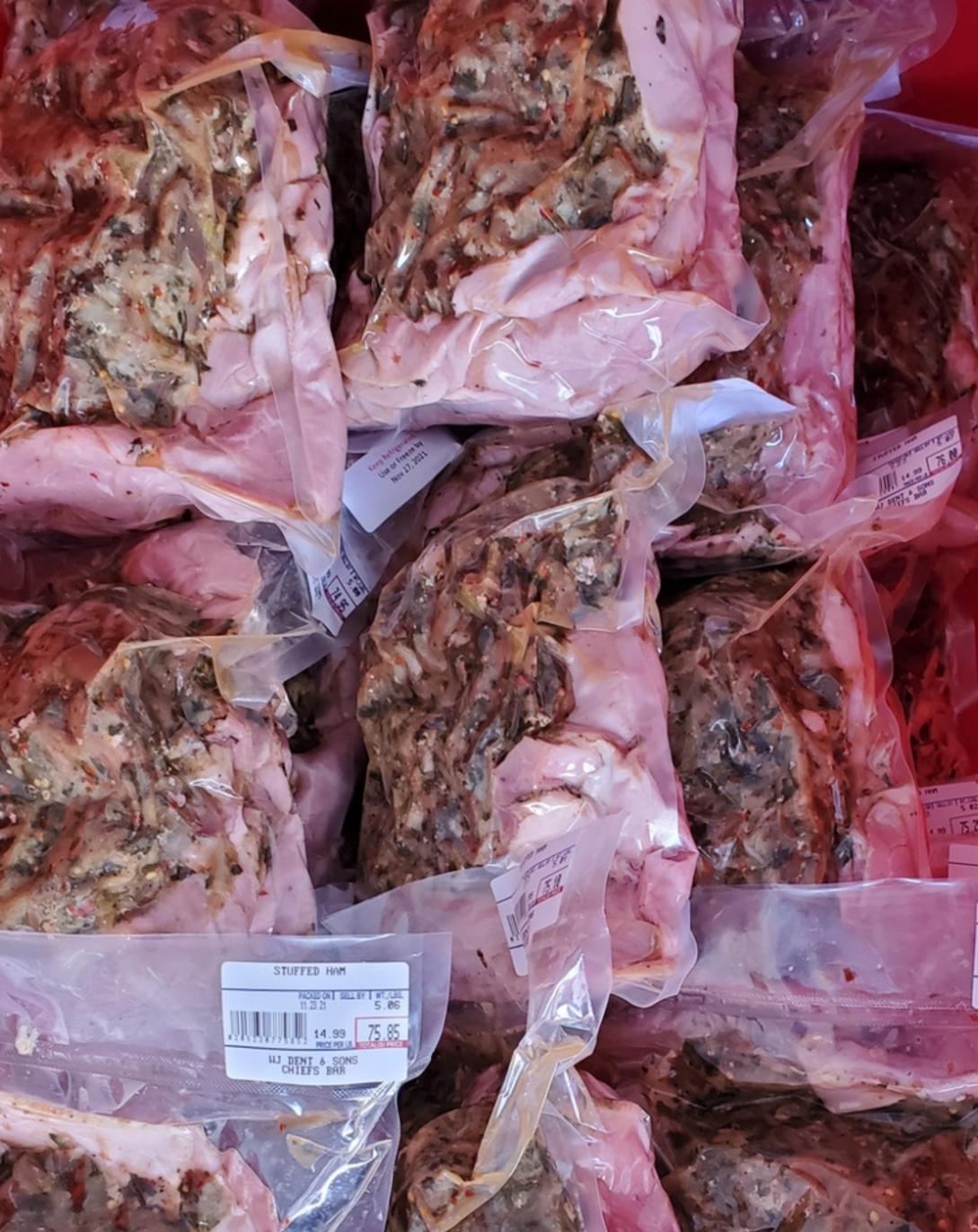 Effective March 24, 2020, the UPS Service Guarantee has been suspended for all shipments from any origin to any destination.  We CANNOT guarantee the on-time delivery of any shipment.  By submitting an order I acknowledge WJ Dent & Sons will NOT be able to provide a refund should your order be delivered late.​

You may stop by our Deli to pick up the ham

Thank you for your business

We ship all orders UPS Next Day Air
​
View on Mobile